Skip to content
The state of Jammu and Kashmir of India is famous worldwide for its beauty. The valleys here attract everyone towards the snow-capped mountains of snow. Each corner of the state creates a different enthusiasm for the tourists. One of these beautiful litigants is Naranag, a hill station located in Ganderbal district. 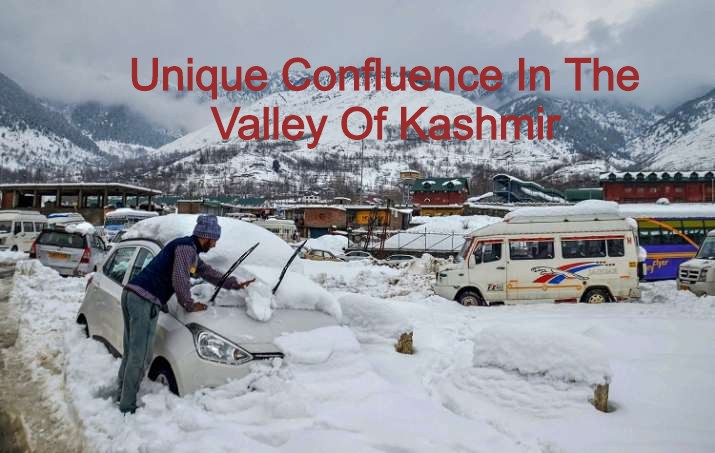 There is a unique confluence in the Valley of Kashmir
[Beautiful and exciting trek to Harmukh Peak!] This beautiful tourist spot, especially known for natural grasslands, lakes and mountains, is the base camp for trekking of Harmukh mountain and Gangabal lake.

Situated at an altitude of 2128 meters, this Vangath is situated on the left bank of the waterfall, which later merges into the Sindh drain. Along this beautiful landscape, along the Vangatha Lake, there are also paths to Gadasar Lake, Visshansar Lake and Kishansar Lake.

In fact, water glasses in Kashmir is such a place where the water of a reservoir inside the ground flows out of the ground without any crack or hole.

The basic meaning of Naranag is that glasses are often formed in areas where there are many cracks and erosions in the earth in which rain, water of rivers and lakes enters. Then this water travels inside the ground in natural drains and caves and emerges as glasses from the ground from some other place. Wherever in Kashmir it is a waterglass, the name of that place has a snake attached to it.

The temples of Naranag, many remnants of the oldest Aryan tradition found in Kashmir, still reflect a glimpse of its grand past. Remnants of some of those ancient temple groups are also present in Naranag.

The region also has a historical and cultural heritage, full of natural beauty. This tourist place is also the starting point of the famous religious journey which takes place till the Harmukh Mountains. Especially for a trekker this is not a work from heaven.

Along with the thrill of the temple of Naranag, the history here weaves a different story. The remains of the temple located here are counted among the most important ancient sites of India. According to the Department of Archeology, the ancient name of this place was Sodartirtha, which was a prominent name in the then pilgrimage sites.

The temples located here are located at a distance of about 200 meters facing each other. These groups of temples are divided into two parts. Both parts were dedicated to Lord Shiva, but it is said that only one has the idol of Lord Shiva and the other is Lord Bhairav. According to historians, these temples dedicated to Shiva were built by Kashmir-King Lalitaditya in the 8th century.

The temple of Naranag, the first part of the temple has been closed due to some reason, but in the second part there is still a Shivalinga carved in stone on the left side of the main temple which is idolized.

The rest of the temple clusters are completely destroyed, but the remains scattered around tell the story of its grand and glorious past. In front of the temple there is a stone reservoir made of stone, which may have been used in religious purposes.

The temple of Naranag also houses an ancient tank in the northwest part of the temple. Beautiful artefacts will have been made on its walls made of stones, whose little glimpse is seen even today. As you all know that Kashmir has a rich tradition.

Due to geo-historical reasons, the diversity in the civilization is clearly visible here. With beautiful litigants, these signs of history will take you on a different journey, which you have hardly done and you will wish to do this journey again and again.